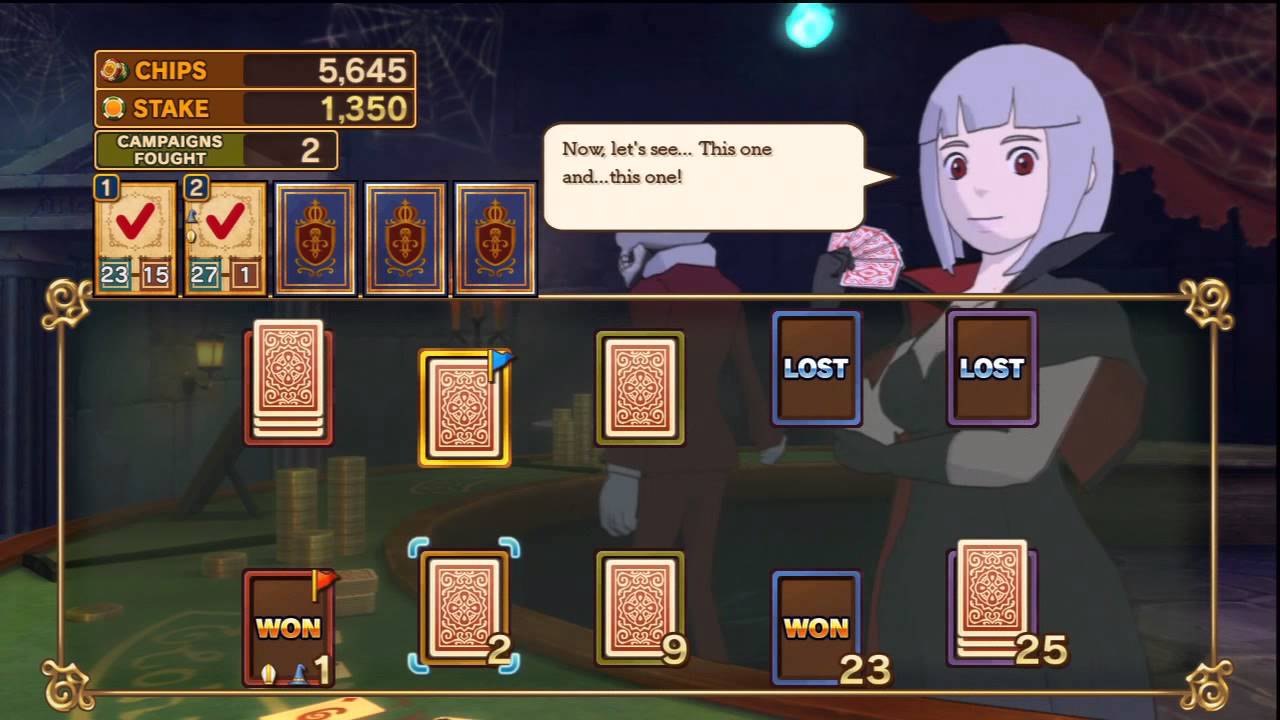 [ Ni no Kuni: Wrath of the White Witch ]
Casino ~ Platoon

You first get a bunch of cards, which you must split into 5 deck (max 3 card in each deck set). From there, you challenge one of your deck set against the cute Dealer’s set. If your “amount” is higher you will win (although there are some special cards too which will alter the outcome).

{Special Cards}
– King is instant win against ANY piles except against another Joker or Ace.
– King automatically loses to an Ace deck.
– If the opponent has a King, then whoever has a higher value in the deck wins.

– Joker forces you to switch hands with the opponent’s.

– Ace auto-loses in any battles unless there the opponent has a King.

{Tips}
– It is best to put a Joker with an Ace (or low number card) in one deck. This way you should win most battles since you switch with their deck.

– King should be by itself as you should win most battles (assuming they don’t have a King or Ace).

– The AI generally never places King as a solo.. so use a 10+ deck to usually win (usually it is a crappy card the AI places).