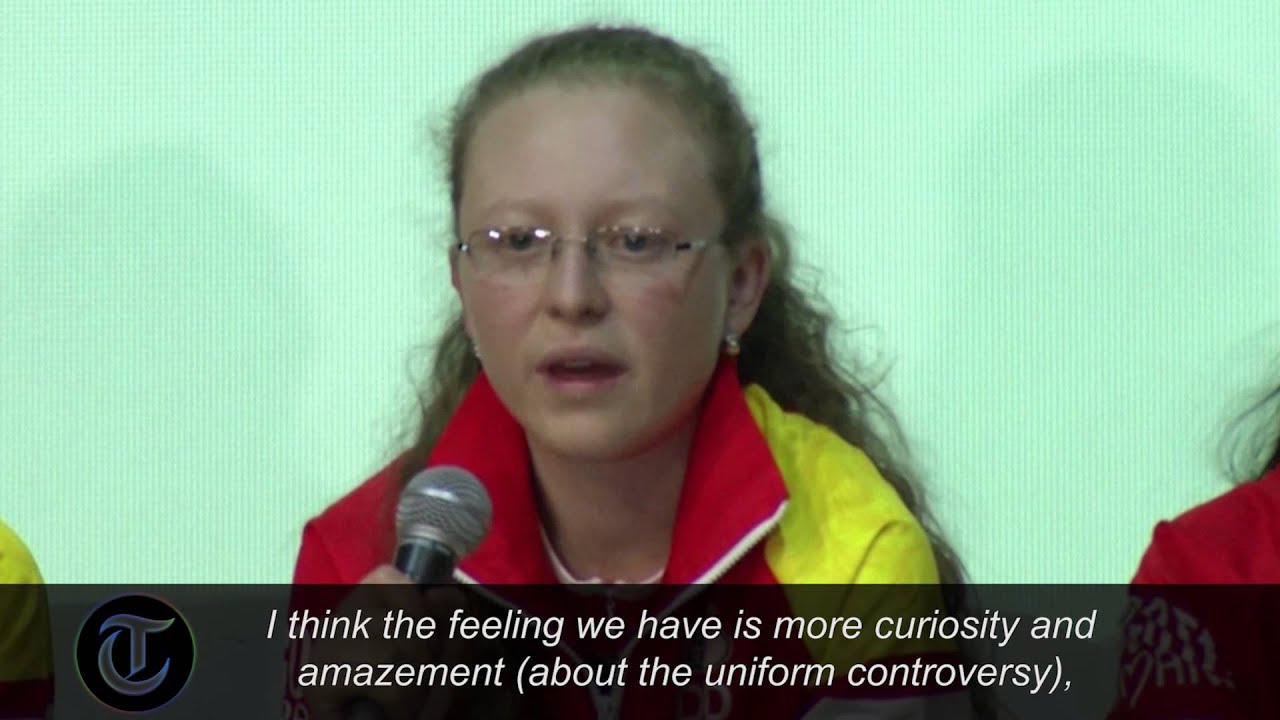 A Colombian women’s cycling team defend their choice of uniform which has led to criticism from the International Cycling Union president and online commentators.

A Colombian women’s cycling team said they would not stop wearing flesh-colored uniforms that earned them criticism from the International Cycling Union president.

The cyclists gave a news conference in the capital Bogota wearing the uniforms which have a flesh-colored section between stomach and thighs.

“I’ve already said that I designed the uniform and as an athlete, as a woman, as the cyclist that I am, I wouldn’t be ashamed with this kind of design,” said Angie Rojas, one of the team members.

The president of the International Cycling Union (UCI), Brian Cookson, said the uniforms were “unacceptable by any standard of decency.”

The uniforms were worn by the IDRD-Bogota Humana-San Mateo-Solgar riders at the Tour of Tuscany in Italy over the weekend.

They have led to online comments such as “Colombia’s women’s cycling jerseys are unintentionally vagina-like” and “Worst Uniform Ever!”.

It is unclear if the six-woman team was intending to wear a similar uniform next week while representing Colombia at the road world championships in Ponferrada, Spain.

Get the latest headlines

Telegraph.co.uk and YouTube.com/TelegraphTV are websites of The Daily Telegraph, the UK’s best-selling quality daily newspaper providing news and analysis on UK and world events, business, sport, lifestyle and culture.