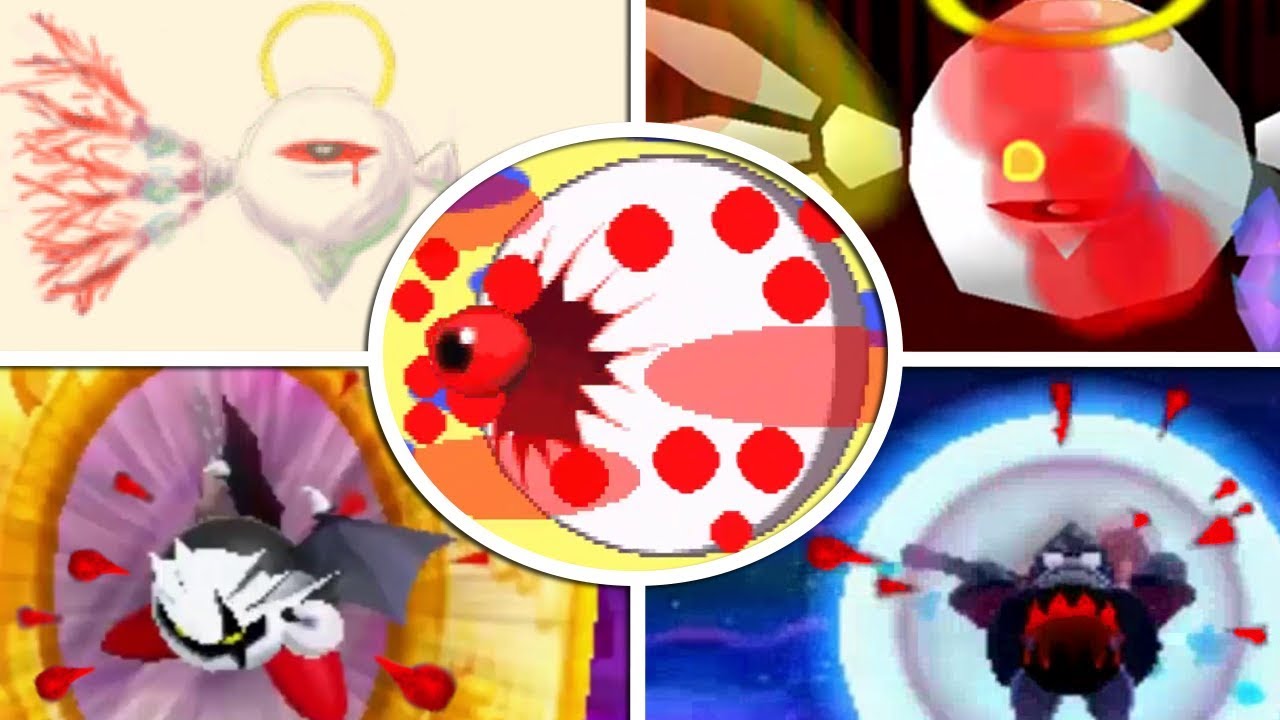 Enjoy my video about the Evolution of Blood in Kirby Games.
Zero, Zero2, Shadow Dedede, Dark Meta Knight, and Star Dream Soul OS are the few characters to bleed or shed blood-tinted tears when fought – these are the five most gruesomely-depicted characters in the series.

[05:03] Boss: Dark Meta Knight
Dark Meta Knight is a darker copy of Meta Knight and a recurring villain in the Kirby series, first appearing as the secondary antagonist and boss character in Kirby & The Amazing Mirror. During his boss introduction, he slashes his sword as he enters the area. Blood flies off him as he does so. He also bleeds when he reopens his wings right before the second round of the fight.

Thanks to BeardBear for the Robobot gameplay: