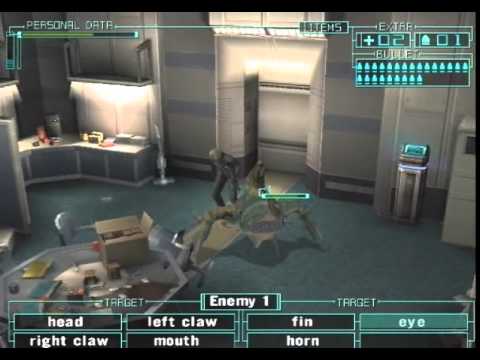 As I was playing Lifeline blind, someone jokingly suggested that I speed run it. Unfortunately for me, I thought, “Well, why not? The game has some weird quirks that could make for a strange speed run.

From what I can tell, this is the only speed run of Lifeline out there. The game makes sane people give up in screaming frustration before they’re halfway through. The few comments about possibly speed running it that I found all seem to end with the person actually playing the game and fleeing in completely reasonable terror. However, that means that this run is the world record for completing Lifeline with a time of 3:01:29 from pressing “New Game” to the moment the final cut scene appears.

Please note, if you want this world record, take it. That’s not a taunt. If I’m going to hold a world record I want it to be for something cool like largest drier lint collection or most simultaneous jelly beans in mouth. Frankly, having the world record for Lifeline is embarrassing.

Just be warned if you want to speed run this game: that way lies madness. It’s a three hour speed run where even the best time possible in the game is going to be around two hours and forty-five minutes. The lack of control is frustrating on its own but the time sinks that will destroy your run are an hour and a half into it.

This run is pretty far from optimized. There’s a hilarious failure at what is the most frustrating part of the game and the part that has the greatest time loss when you screw up. I ended the game with excess health which is another twenty to thirty seconds I could have saved. Not to mention the problems with the randomness of the combat and voice recognition which is always tossing the dice when you play Lifeline. The randomness went against me a lot.

I don’t plan on improving my own time further. Playing Lifeline is a cry for help and speed running it probably counts as a suicide attempt.