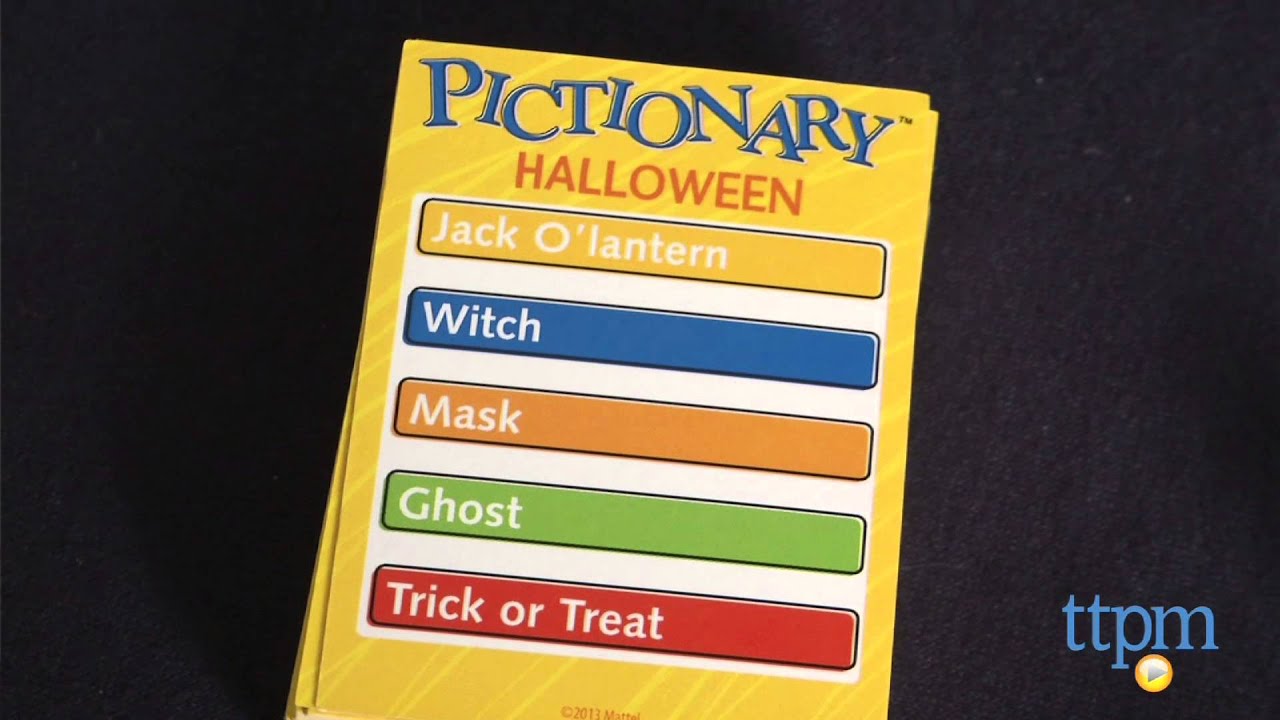 This updated version of Pictionary includes a new game board for faster gameplay and two levels of clues: 1,200 adult clues and 800 junior clues. For full review and shopping info ►

Product Info:
The classic game of Pictionary has been updated making it even more fun for the whole family. Just like traditional Pictionary, players have to draw, or attempt to draw, the word featured on the card they choose, and their team has to guess what it is they’re drawing. Quick sketches usually lead to some hilarious guesses and lots of laughs. In this updated version, a new game board allows for faster gameplay, averaging about 30 minutes per game. There are also two levels of clues: 1,200 adult clues and 800 junior clues, making it more kid-friendly and a game that everyone can play together. Some examples of adult clues are “Flash in the Pan” and “guacamole.” Junior cards have clues listed under specific categories, such as “Jack O’ Lantern,” “witch,” and “mask” under Halloween, and “hamster wheel,” “birdcage,” and “leash” under Pet Accessories. The game is recommended for two to four teams with an equal number of players on each team. However, we found that play is quicker and more exciting when there are fewer teams with more players per team.